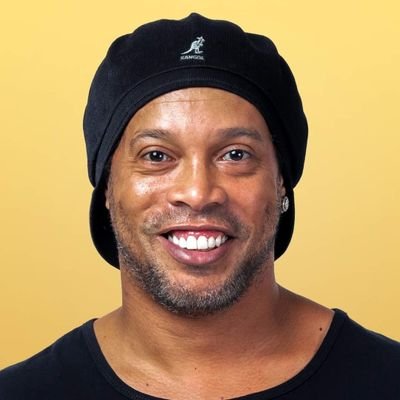 Of course, I follow Bollywood. In fact, it's widely followed in Brazil.

When I was 7, I started playing with a club. The only grass on the field was in the corner. There was no grass in the middle! It was just sand.

My game is based on improvisation. Often, a forward does not have the time to think too much. You have a second, rarely more, to decide whether to dribble, shoot or pass to the right or left. It is instinct that gives the orders.

Football is a great love because I was born into a family of players and therefore born into football. I'm fortunate to have a style of play that a lot of people like. It's a privilege to be able to do what I like best and in my own way, but I'm fortunate that people like it, and that motivates me even more.

I am passionate about music - and people think because I go to places where I can enjoy music I have to be partying. It isn't true.

I am what I am thanks to my mother, my father, my brother, my sister... because they have given me everything. The education I have is thanks to them.

I think each player has an individual style. Each is concerned with giving the best to his team, and I think my best talent is dribbling and setting up goal situations, giving an assist or deceiving one of the other team's players.

Brazil go into every World Cup expecting to win - so when it is in Brazil, it is expected even more. You can't understand what the World Cup means to our country. Not just the fans and players, but everybody in Brazil lets us know that they expect it. Our president, people in politics, all tell us to come back with the World Cup.

If you're playing for five hours you don't want to score goals all the time and I loved dribbling. I could score a goal, but I preferred to dribble.

Paolo Maldini and John Terry are two of the toughest men I have met on the field.

For me soccer provides so many emotions, a different feeling every day. I've had the good fortune to take part in major competitions like the Olympics, and winning the World Cup was also unforgettable. We lost in the Olympics and won in the World Cup, and I'll never forget either feeling.

I come from a family where soccer has always been very present. My uncles, my father and my brother were all players.

Brazil goes into every World Cup expecting to win - so when it is in Brazil it is expected even more. You can't understand what the World Cup means to our country.

A lot of the moves I make originate from futsal. It's played in a very small space, and the ball control is different in futsal. And to this day my ball control is pretty similar to a futsal player's control.

Ever since I was a kid, I've dreamt about winning the Brazilian league, and I still dream about it now. I am doing everything I possibly can to make my dream come true.

My only concern is playing. Everything else, my family looks after. In our house, everyone has a job, and my job in our house is to play football.

My best has to be for Barcelona against Villarreal in 2006 - that is the one I am asked most about, and it is the one I am most proud of. Xavi chipped the ball to me, I chested it down, twisted and hit an overhead kick. It was the final goal in a 4-0 win.

My heroes were always soccer players.

Football is about joy. It's about dribbling. I favour every idea that makes the game beautiful. Every good idea has to last.

I grew up in a house that was always happy, and my family was always music, music. I started playing percussion very young, because I had some uncles who were musicians and all my aunts were singers.

I remember seeing Eric Cantona play for Manchester United. The way he used to control games was special to watch.

When I got to the senior national team, there was another Ronaldo, so they started calling me Ronaldinho because I was younger.

I am ugly, but what I do have is charm.

I have never imagined doing anything other than football, but now, thinking about it coldly, if I hadn't been a footballer, I would have been a musician.

The toughest opponents for me are the defenders who are tough in the way they play - where you can't see a way through.

My family is everything. I am what I am thanks to my mother, my father, my brother, my sister... because they have given me everything. The education I have is thanks to them.

Ashley Cole is a fantastic defender. I have seen him keep the best players in the world quiet.