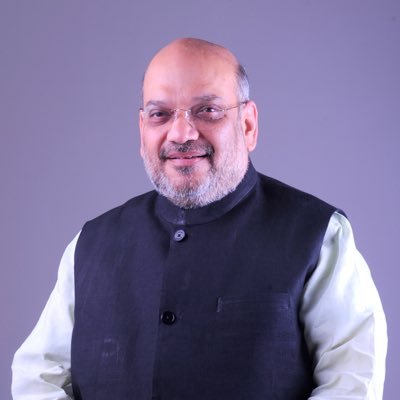 The BJP's decisions are never based on victory and defeat in elections.

Who can keep the country safe? Who can make India a superpower? Can a coalition of 23 parties do so? Only Prime Minister Narendra Modi can achieve this.

I cannot see Modiji as separate from BJP. Both are the same.

I was a booth worker of the BJP. I rose to become the party president.

Kashmir is an integral part of India, and nobody can take it away from us.

Organisations and institutions are, at the end of the day, manned by people who put their shared vision above individual interests.

This is democracy: the citizens can vote anyone to power.

Remember, our focus should remain on development because it is development alone that can transform this nation as well as the lives of its people.

This country has moved away from the politics of caste, nepotism, and appeasement.

If Kerala wants development like other states in the country, then a BJP Government has to be formed here.

There is a severe shortage in our country of political parties where internal democracy is alive and kicking.

This is a country of strong beliefs. Just because some two people say something, people don't bow down.

I have a track record of accepting my party's decisions. I do whatever work is given to me with determination. That's all.

No government in any country can run on static definitions of economic thinking.

I have always lived among the people of Gujarat. I know public sentiments.

Every good government's duty is to do more for the regions that are underdeveloped.

In public life, differences should not deter us from acknowledging the good work done by others whom we may not agree with.

I do what I want. Everybody does what he likes. What is so unique about it?

Politics is not a laboratory experiment where you can control everything. You have to take calls even when you feel that matters may spin out of your hand.

Every time I have fought elections, I have improved my victory margins.

When people speak of BJP being an 'election machine,' it is actually development and progress that is BJP's electoral machine.

The BJP doesn't believe in vote-bank politics. We believe India is above everything.

How can BJP be anti-Bangla when BJP founder Syama Prasad Mookerjee himself was a Bengali?

Since young age, I am in politics.

It is better for a youth to earn living selling pakodas instead of being unemployed. Making pakodas is not shameful; what is shameful is comparing such a person with a beggar.

In India, given a choice, nobody ever wants to part with land.

In politics, the leaders are supposed to work and work.

While staging demonstrations against wrongs, please do not cross the line, and see to it that no situation is allowed to turn into a riot.

On certain issues, one has to rise above party politics for the country to run.

The Modi government's accountability towards the common man can be gauged from the fact that be it Indians trapped overseas, a helpless mother looking for a doctor for her ailing child in a train, or a housewife struggling to get a gas cylinder, help is just a tweet away, with no protocol or red tape intervening.

In Modiji, we have given India a 'mazboot' leader under whom India has emerged among the top economies.

If BJP and its allies have been chosen by the people in state after state across regions, it is due to the good governance that Modi has successfully implemented and the 'can do' spirit of New India that he resonates.

Demonetisation was not a decision of UP government. It is the central government's decision.

Any party interested in development of country can come with us, as we never believed in political untouchability.

In a democratic party, where internal democracy is alive, there are bound to be different views.

All I can say is we will fully utilise our right to self-defence. No one can just do what they want on our borders.

After getting into politics, I gave away my business and factory to my partners.

In no religion is beef-eating a part of faith.

All parties have one leader at the top who is the first among equals.

When you relentlessly work, you gradually get accepted.

Polarisation on religious lines for political gains shall not be on the BJP's agenda.

From an organisation point of view, I want the BJP to be the bright national political party in all the states of India and having an impact on social life.

It is not undemocratic to express one's difference of opinion.

A lot can be debated about criminal justice and its delivery system.

There is no rule or tradition in the BJP to forbid leaders to contest polls after they attain the age of 75.

I have no desire to advise the Gandhi family.

National elections have to be fought on who can ensure better national security, who can give us a sound economic system... ensure financial discipline... And this work can only be done by Narendra Modi.

Any government cannot work or function if it does not enjoy popular support.

Instead of minority and majority politics, if we try and give the same rights to all, it is not polarisation. This is the core value of our Constitution.

Bangladeshi illegal immigrants are a threat to the security of this nation.

Our mindset is not such that we will remain in power till eternity.

I have got popularity. BJP workers have given me unmatched love. They admire me so much that I feel humbled.

Millions of infiltrators have entered our country and are eating the country like termites. Should we not uproot them?

What is more important than your son? Still, we send our sons to fight at the borders of the nation. Similarly, for the sake of development of our country, we have to give away our land. Not an inch of land that the government will acquire will go into the hands of industrialists.

My target is to expand the BJP's influence everywhere.

Those who carry out anti-national activities should be put in jail.

Kejriwal's only mantra is to tell lies and talk forcefully and repeatedly, but Delhi cannot develop with telling lies.

India is the land of Shivaji Maharaj, and its security is responsibility of us all.

Modi has always been very particular about law and order. He believes in fairness and justice, and encouraged us to simply work as per law without fear or favour. His ability to think big and implement it on the ground is exemplary. He had a vision of a bank account for every household.

Those who slog with the intent to bring happiness to others will always be liked.

Modi is marching forward on the basis of the BJP's philosophy.

Development of Bengal is possible only under the governance of PM Narendra Modi.

I will not do anything against the basic principles of my party. The Bharatiya Janata Party will function under its declared policy.

Every election is important for national politics.

Irrespective of economic theories, we will take decisions in the larger interest of the poor people.

After forming government in 2019, the BJP will undertake a nationwide identification of illegal infiltrators living in the country.

The BJP, during its reign, has never misused Article 356.

Except two or three parties, most parties are dependent on one family. I believe that only parties where internal democracy is alive can achieve the ideals of democracy.

I don't write off any political party. I believe in strengthening the BJP and winning elections and not depend on writing off parties.

I believe the BJP should respect each and every political party, and the BJP should evaluate and consider each party's relevance in Indian politics and then formulate its own strategy.

My task will remain incomplete until a BJP chief minister is installed in Lucknow.

Wherever I go, the people respond positively to me; they give me respect.

Since when has delivering a fitting reply to a terror attack become politicisation of security?

BJP has never done politics on religion, and no one should do it. It is against the spirit of our Constitution.

Sometimes you get more credit than you deserve.

No law is permanent or steady. The law is not made of steel. The law is made by Parliament. It goes to the people, to the ground. A lot many suggestions come once it is implemented. So many laws have been amended after receiving people's suggestions.

BJP is ready to go to any extent to protest for the rights of Ayyappa devotees. Beliefs should be respected. Man-woman equality is must, but gender equality cannot be established by giving entry to men and women together. There are several temples that deny men entry.

So many people are alleging so many things without evidence against Modi. That itself is proof that he is not a dictator.

The illegal immigrants are like termites. They are eating the grain that should go to the poor; they are taking our jobs.

My image is the creation of media.

It is the daydreaming of some people who live in a make-believe world who think you can make roads, hospitals, and railways without any social impact!

I have never done anything which I feel guilty about or wish I had not done it.

Governments can't escape from taking tough steps. One can't be populist about it. You can't flirt with such serious issues like security.

Terrorism in the country will not be tolerated at any cost.

If a candidate at the MLA or chief ministerial level gets an advantage of belonging to a particular caste while fighting polls, that is one thing. But after having been elected, if you only look after the developmental needs of a particular caste or community, that is a different matter altogether. The BJP has never done that.

I have no doubt that the Congress is active in manipulative politics.

A national party cannot win an election riding piggyback on the rebels of the rival party.

The importance of the leader has always mattered, whether it was Indira Gandhi, V. P. Singh, or Narendra Modi.

Can a Congress worker ever think of becoming a Prime Minister? No. Because that seat is reserved by birth in that party.