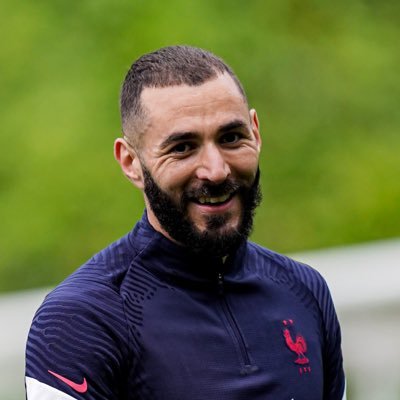 The public digs needled me to rebel. They forced me to work harder.

It's true that in my family, everyone loves football. So it's great to have a family that's united behind you and doesn't leave you.

As long as Didier Deschamps is coach, I have no chance of getting back into the France team.

We footballers don't address one another as 'My dear.'

Some people say I don't love the French national team. If that were the case, I would have said so directly to the coach, because I'm a big boy.

When you play in a great club like Real Madrid, it's hard to stay here.

I have faith in the players, who have paid me back on the pitch. I have brought in young players because they have a lot of potential. I'm the only one who decides, and I take decisions based on sporting reasons.

What I would like is to at least have a discussion with the coach, that he tells me what he thinks. I have to know.

For the moment, I haven't ended my career. I'm young. There are still a lot of goals.

For me, I have always thought a squad comes before everything. I always make decisions for the good of the French national team.

I always talk with my technical staff before I announce a squad. I have always done that; I am changing nothing.

Personally, what goes beyond sport, you have to put to one side. You need the best to win trophies.

Gerard Houllier is a great coach. He made me grow. He gave me chances in big games, which raised my confidence. It opened my eyes to what I could do. It was through him that I managed to trust myself.

I started with Paul Le Guen. He told me to double up in positions if he was missing a left back or a midfielder. From that moment, it was clear in my mind that I would be a professional footballer, and I began working even faster to get there.

I don't need money, and when I do a favor, I expect nothing back.

One must just keep having good seasons with many great matches, whether one is with the club or the French national side. For me, this must be a player's goal in his head, even if it's an individual trophy, and the first thought must be on the collective.

What I have more of a problem accepting is the criticism of former players turned journalists, who - some of them - spread their hatred.