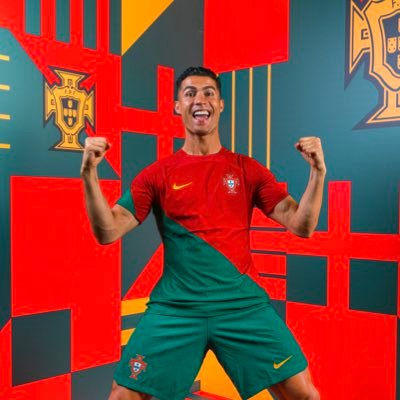 I don't mind people hating me, because it pushes me.

In football, I don't have a lot of friends. The people who I really trust, there are not many... Most of the time, I'm alone.

It obviously bothers people when Real Madrid win. It makes them jealous. There isn't a level playing field.

Why lie? I'm not going to be a hypocrite and say the opposite of what I think, like some others do.

I'm living a dream I never want to wake up from.

People have to understand one thing: at the age of 18, I arrived at a dream club like Manchester United. It was a dream come true. But, even at that moment, I was thinking about playing in England for some years and then going to play in Spain. Even at that time I was thinking that way, and I always gave 100% everything.

I want to consistently play well and win titles. I'm only at the beginning.

I have practically no private life. I'm already used to this and ready for it. Yes, sometimes it is hard, but it is the choice I made.

To be honest, there are no problems between me and Messi. People have their own opinions about who they think is the better player. It is what it is, but there is no rivalry beyond games and what happens on the pitch.

One rule that will work if it is used everywhere, is that when you have a free-kick, the referee puts the mark on the floor to make sure the defenders keep their distance.

I was saluted by Alex Ferguson when I was subbed and that made me very happy.

When you lose a person you love so much, surviving the loss is difficult.

We cannot live being obsessed with what other people think about us. It's impossible to live like that. Not even God managed to please the entire world.

Winning - that's the most important to me. It's as simple as that.

To me, being the best means proving it in different countries and championships.

There are people out there who hate me and who say I'm arrogant, vain, and whatever. That's all part of my success. I am made to be the best.

I don't have to show anything to anyone. There is nothing to prove.

My friends ask me if I want more kids, and I always say yes, I want more; it's the best thing you can have in your life.

I have my flaws too, but I am a professional who doesn't like to miss or lose.

I am not the humblest person in the world. I admit that.

There's no point in making predictions. It's not worth speculating because nothing is set in stone and things change all the time in football. Today there are opportunities that no one knows if they will come round again in the future.

I have two Golden Boot awards at home. It would be nice to win another, but I wouldn't mind it if I didn't.

Lots of young players have triumphed at United, so why can't it happen to me? I'm not worried I'm young - it's an incentive to do the best I can.

I'm proud to play for Real Madrid because I have fun; when you no longer have fun it's a sign that it's time to leave. For now though, I'm happy here at the greatest club in the world.

I am very happy to be signing for the best team in the world and especially proud to be the first Portuguese player to join United.

I was ironing my own clothes when I was 11 years old. My mental strength goes back to those days.

I still learn, but I think it's the best thing in life to have a kid.

Every season is a new challenge to me, and I always set out to improve in terms of games, goals, assists.

I'm aware that, whatever the circumstances, there will always be speculation about me.

I know I'm a good professional, I know that no one's harder on me than myself and that's never going to change, under any circumstances.

At United, there are great traditions, which you can't buy in one or two years. They are created by victories. You need to prove again and again that you are better than the others. Manchester United have always done this, and are still doing it, so they are the best.

My father always taught me that when you help other people, then God will give you double. And that's what has really happened to me. When I have helped other people who are in need, God has helped me more.

Many people look at me and think they know me but they don't at all. This is the real me. I am a humble person, a feeling person. A person who cares about others, who wants to help others.

Without football, my life is worth nothing.

I see myself as the best footballer in the world. If you don't believe you are the best, then you will never achieve all that you are capable of.

When you are nominated for the best player in Europe, the Ballon d'Or, playing in the Champions League, there is so much pressure. You don't know what will happen. This pressure is inside you - you always have it.

I think sometimes the best training is to rest.

Talent without working hard is nothing.

At Real, psychological pressure on the players is much more serious than at United. This is good. At many clubs, you don't know the consequence of playing badly.

I love Manchester. Everyone knows that - I have said it many times. Manchester is in my heart.