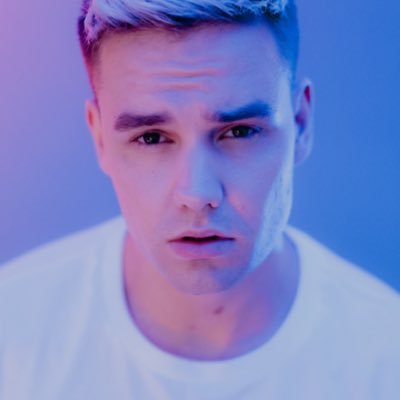 I was always called Payne or Payno.

I think the whole thing, boy band, it's a little bit of a dirty word. They say it's not a good thing to be in a boy band. We want to change that. We want to make the boy band cool. It's not just about dancing and dressing the same.

It's so amazing to hear a crowd of people singing one of your songs. It's the best feeling.

I was ill. I was told I was stressed, so I had to get everything checked out. I didn't think I was, but someone told me I was. As a result, I went to get a blood test. I'd never had one before, so I held my breath when I was getting it done. That caused me to go into a fit.

I listened to a lot of Jay-Z and Kanye coming up, which would be unexpected for a boy bander like me. But I'd listen to a lot of that, and a lot of Ed Sheeran, actually.

When I was born, I was effectively dead. Weird, I know. The doctors couldn't get any reaction from me, so I had to be brought round, and although it seemed like I was okay, there were underlying problems.

Being a fan of someone's show and the way they still hold a family together doesn't mean I am OK with all they say.

I'm doing a two-hour show every day, so you can eat what you want.

People sometimes ask if I want to be a solo artist, but it just wouldn't be any fun being on your own.

I had a few dating disasters along the way with girls cheating on me. One girl was the inspiration for me singing 'Cry Me A River' on 'The X Factor.' That was my payback to her because she was unfaithful.

When I think about it, I do start to worry about this whole social media thing. It does make me uncomfortable; kids should be out, living their lives, getting out and enjoying themselves.

I've still got both kidneys, but one doesn't work, so I have to be careful not to drink too much, even water, and I have to keep myself as healthy as possible.

I really liked one girl and asked her out 22 times, but she always said no. Finally I sang to her, and she said she'd go out with me.

It's important to have a life outside the band.

I think sometimes I don't realise how much the pressure gets to me.

We've always described our sound as a bit more guitar driven than normal pop music. Kind of Pink in a boy band form. We've heard a few people say that so now we use it. I think Pink is amazing person to be compared to.

On our American tour bus, the bunks are a bit taller so that we don't bash our heads. On the English bus, we bash our heads every morning. It's not the best thing to do first thing when you wake up.

When you have more than two people working together, it gets a bit unfocused as an idea.

Please don't throw phones. They hurt. And we sell them on eBay.

I was born three weeks early, and I kept being ill. From the age of zero to four, I was always in hospital having tests done, but they couldn't find out what was wrong. They discovered that one of my kidneys wasn't working properly, and it had scarred. I had to have 32 injections in my arm in the morning and evening to try and make me better.

I'd just like to be able to walk outside as everyone does and enjoy time with my friends, not feel bad for not wanting to take a picture.

I had a test on my kidneys a few weeks back and found out I have two.

I think I've changed a little bit. I don't know whether it's for the better or for the worse at the moment. I've settled into a different mind frame now... being a bit wilder maybe!

The feather was a thing, when I was a kid, we used to find feathers around the house, and whenever we found them, my mum used to say it was my nan leaving them around for us to find, so that was quite sweet.

I was bullied by a few people who were much older than me. I went to camp to learn boxing. I was 12, and my coach was 24. I felt like if I could fight him, I could stand up to anyone.