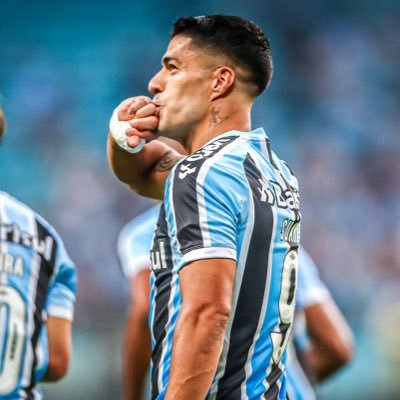 On the pitch, I argue, I shout, I talk rubbish and generally do anything I can to get ahead.

Put 'Luis Suarez' into an Internet search engine, and up comes the word 'racist.' It's a stain that is there for ever. And it is one that I feel I do not deserve.

Liverpool will always be special for me: my daughter was born here.

Every soccer player can be on the edge, at the limit, be the bad guy. We have to get used to it. Sometimes I am one of those.

I much prefer being told off by Brendan Rodgers than by my wife. Brendan is more careful than my wife with what he says.

On the field, sometimes passion overwhelms you, and you do things you regret afterward.

I'm not going to another club to hurt Liverpool.

Nobody in England knows the real Luis Suarez.

A forward always has to help the team, either with assists or goals.

The only thing I want is the respect of the fans of Liverpool and the fans of the national team of Uruguay.

If you win while scoring goals, then you leave happy, but the most important thing is always the team. I do not think just of me.

My wife says that if people reach conclusions as to what I am like based on what they see from me on the pitch they would say I am a guy who is always annoyed, always in a bad mood, they'd say what must it be like to live with me. There are two of me, two different people.

I still sleep soundly every night. I'm not worried about everything people say.

When I was a kid, I had to fight for everything.

I've been booed in Holland and in Uruguay - as a professional footballer, you need to have thick skin and just get used to it.

I'm used to being the main goal scorer, but I also always like to help.

I need to be playing in the Champions League.

All I can say is that I have arrived with the desire to be a success at Barca, that I am hungry to win titles.

Injuries are not only a physical question, which is the most important thing, of course, but also a question of your mind. If you're thinking: 'I'm not going to make it', 'I can't cope', 'it hurts', 'it's never going to get better', then it won't.

I'm my own severest critic, and I realize when I make mistakes.

At clubs like Liverpool, great players come and go.

I'm an emotional person, and I externalise my feelings a lot with some things, but I'm strong with others.

I normally try to be tranquil on the pitch.

My record shows that I'm not the kind of player who wants to change clubs every season, and I would have no problem playing in England for many more years.

Obviously, being a forward, I would like to score more goals. But while the team does well, there is no problem.

When you feel you've done something wrong, you should apologise for it.

It disturbs me that Liverpool are not in the Champions League and fighting for the Premier League.

There are people who criticise me, and that's normal because of the way I am on the pitch. I get angry, I get tense.

People ask, 'How can you let a defeat hurt you so much?' But it comes back to the effort you have put into your career as a youngster.

It is always a bit hypocritical when a defender who spends the whole game kicking you complains of being kicked.

I wanted my children to be able to see me play at the World Cup.

It's especially important for my little girl to see her papa at work.

'Negro' can refer to anyone with dark hair as well as dark skin, and I've been used to the word being used in Spanish in this way all my life.

I've scored many goals that I've liked, but I think the best memory I have is the one against Korea in the 2010 World Cup.

I was asked a question: 'Would I want to play for Madrid?' It's like anyone asked if they want to change jobs and move to a bigger company.

I have always preferred to keep things to myself rather than sharing them with anyone, but I am learning that if you let it go, you feel better for it. Don't keep it all bottled up inside; don't take it all on alone.

Sometimes English football takes pride in having the lowest yellow-card count in Europe, but of course it will have if you can take someone's leg off and still not be booked.

I will give my soul every game.

I've been obsessed by football since I was young.

Barcelona are always a candidate to win the Champions League.

Coaches have told me I can help the team much more if I don't talk, if I don't moan.

Every player feels differently about playing football. We are all different people. I am the type who wants to win all the time. I hate to lose.

Every forward is selfish, and any forward who tells you he is not selfish is a liar.

It was very hard for me as a kid to get through as a footballer in Uruguay.

I had a really hard time growing up; we were a large family, and we didn't have much money at home.

When I was a kid, I got sent off for head-butting a referee: I ran 50m to argue a decision, I was shown a red card, and I head-butted him. I'm really not proud of that.

My first season at Liverpool had good moments but also bad ones. We played three tournaments and we played two finals, and that was good.

I have a very strange way of playing football.

When I was a kid, there were some people around me who were a bad influence. When I met my girlfriend Sofia, who is now my wife, I think it all changed. She was very important for me, because she steered me back on to the path I wanted to be on.

I am obviously a striker who likes to score a lot of goals and have done that in every team I have been with.

Away from the pitch, I'm a very calm person. I maybe have the odd cross word with my wife, like any relationship, but that's it.

I think all the bad things I have been through are in the past. I believe I am on the right path now, dealing with the people who can help me, the right kind of people.

When I was playing for Nacional in Montevideo, the players who lived outside the city would be given money by the club to get there and back on the bus.

Everyone has different ways of defending themselves.

I want to change the bad boy image that has stuck for a bit because I don't think I am at all how I have been portrayed. I would like that to change because it's awful to hear and read what is said of you.

It's important for the team not to be relying on one player.

After my 10-match ban in 2013 for biting Branislav Ivanovic, I had questioned the double standards and how the fact that no one actually gets hurt is never taken into consideration.

If you score 20 goals one season, then you have to promise yourself that in the following season you will get 25.

I have to put my career first.

Of course I would like to play with Cristiano Ronaldo - he is a great player.

There are only three million people in Uruguay, but there is such hunger for glory: you'll do anything to make it; you have that extra desire to run, to suffer. I can't explain our success, but I think that's a reason.

I understand why biting is seen so badly.

I don't read the papers or watch TV.

I have been hit from all sides, and I'm only human. They have ended up talking about the way I look, and it hurts. I have a family, and they suffer, too. It has gone over the limit, and I am tired of it. I have a wife and child, too, and I am not prepared to go on putting up with it English journalists.

Every player would love to get to the absolute top, and Real Madrid is it.

I never imagined playing in El Clasico. I used to watch the games and look at photos, and I used to say how incredible to play in it was.

Of course I don't like the fact that my wife goes to the supermarket and there are photographers. But I realise that the press attention is the same wherever you go.

My parents separated when I was nine, but my father was always around, and he still follows me now. He is always sending me messages.

I want to do things right. I really, really do.

When I say, 'I'm sorry,' it's because I regret something.