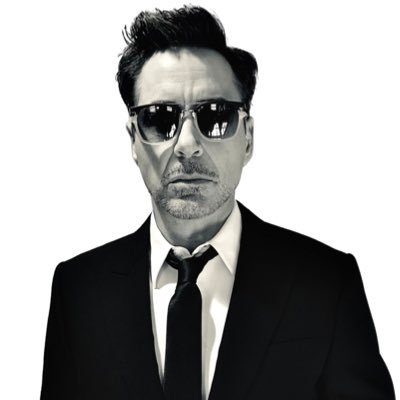 Acting is always a challenge.

Nothing pleases me more than when somebody who was awe-inspired to be working with me realizes I'm just another schmuck that they're bored of hanging out with on a set. I love that moment. I like it when that persistent illusion is smashed.

I think life changes every year. This is just a little more comfortable.

The lesson is that you can still make mistakes and be forgiven.

I take some pride in... representing myself exactly how I would like to have my son remember me to his kids.

I've noticed that worrying is like praying for what you don't want to happen.

I've always been a fella who put most of my eggs in one basket and then take a dump in the basket but I really don't know.

I loved it, it's such fun. I like that people are seeing it and then talking about it. Like when I took my son and his friends to see Napoleon Dynamite last year, we spent the next six weeks trying to explain it.

If you're raised with a poverty mentality, nothing is going to change it. I do know some really stingy billionaires. I come from such a generation of hand-to-mouthers.

It's interesting when you're old enough to take a new, objective approach looking at your parents, frame them in a way where you are actually taking yourself out of the equation and just look at the things that are true about their life.

I'm in a happy relationship, me and my ex are on really good terms, my kid and I are in a good spot.

Sometimes you just gotta be drop-kicked out of the nest.

I want to give myself the freedom not to have to be projecting my whole life ahead.

There are some parents who have really done it right and told their kid, 'You know, we have this dough, none of this is for you. You have to get your own.'

I understand reversal of fortune; that usually has come through my own hand, but you know, you live life on life's terms.

I was kind of like chasing my tail and trying to do the right thing, and was a little bit stupid. Or irresponsible, which is the same thing I guess. It's just been really busy and I had a lot of great opportunities.

Dad's Jewish and Irish, Mom's German and Scotch. I couldn't say I was anything. My last name isn't even Downey. My dad changed his name when he wanted to get into the Army and was underage. My real name is Robert Elias. I feel like I'm still looking for a home in some way.

I don't want to be so confident in myself.

I like mainstream movies that are completely off the wall.

Nothing's a break for me. Not even the breaks are breaks.

Sometimes if you're wanting to look just a little bit taller, then you want to dress with just more of a thin cut.

It's hard to get out of the barrel. It's slippery around the edges and people are happy to see you fall back in.

If someone really takes a risk, it doesn't get dismissed. That's what happened when the Oscar was won posthumously by Heath Ledger, who did one of the definitive villain performances of all time. But it really has to be exceptional in defining everything we previously knew about the actress or the actor.

'Shaggy Dog' was a very, very important movie for me. It was a very enjoyable experience.

Does any new parent, even if you're not a first-time parent, ever really know what to do?

I just don't like big guys who speak cryptically and act like they understand the language better than me.

I walk by studio heads and they actually look and put their hand out now, like maybe I should be on their radar.

I think I just never wanted to be the creepy guy where people say, 'Why do his leading ladies keep getting younger and younger, and why do they think he's so hot even though we know that the girl who's playing this part actually has a handsome boyfriend?'

I guess the issue for me is to keep things dynamic.

If you're doing a drama that has some comedic elements you can't forget that it's primarily a very serious film that has some light relief.

I always think part of success is being able to replicate results, taking what is interesting or viable about yourself as a professional person and seeing if you bring it into different situations with similar results.

With a terrible script you hustle and try to make it better. But with a good script it can be trouble because you rest on your laurels, so to speak, you think it's going to translate easily.

But I think Kiss Kiss, Bang Bang really got that thing where, if a movie reads really funny and then has some dramatic or violent or sinister stuff in it, you can't forget that primarily it has to be even funnier than you read it or that other stuff doesn't work.

In the marathon obstacle course of a career, it's just good to have all the stats on paper for why you're not only a team player but also why it makes sense to support you in the projects you want to do - because you've made so much damned money for the studio.

I had this bad-boy-from-New York vibe going, dressed like a punk rocker with spiky hair.

I think that the power is the principle. The principle of moving forward, as though you have the confidence to move forward, eventually gives you confidence when you look back and see what you've done.

Look, even bad years are pretty good years I think.

Acting is the most wildly overpaid position imaginable.

I read the script for Wonder Boys, and I said that was almost perfect, it was so classy, cool and funny. It's a really specific thing. We stuck to it, it turned out good and a lot of people liked it.

But I will agree that I think that things happen with people in relationships, that you might have been able to enjoy Morocco, say, if you weren't getting out of a bad marriage. You know what I mean?

Do I want to be a hero to my son? No. I would like to be a very real human being. That's hard enough.

I'm not 40 yet. I wouldn't even bother comparing myself to Chaplin.

In movies, people seem to be more emotional than they would ever be if that situation was actually happening to them.

I think that we all do heroic things, but hero is not a noun, it's a verb.

I don't want to go all Michael Jackson on you, but I never really had a childhood.

I think I've been lucky, being my frequent appearances on Court TV have brought to me another level than just the actor guy.

I grew up with a lot of people whose whole prime mover was dad rage. I never really had it - it always seemed so empty. It always seemed to be masking something else, which was really their own lack of initiative.

I've always just shown up and tried to figure out what's for lunch and am I going to get to play some racquetball that night.

I'm coming from a place of total strength and humility now.

It's a very smart and heartfelt movie and that's why, I think, we're all drawn to it. We really showed up for this with this collective idea that it was really ambitious, but we felt we all really had something to gain from it.

All I want, and I think all any parent with a semblance of a moral psychology wants, is for my kid to have his own experience, uninhibited.

Life is just so painful and messy and hard and worth it and all that stuff.