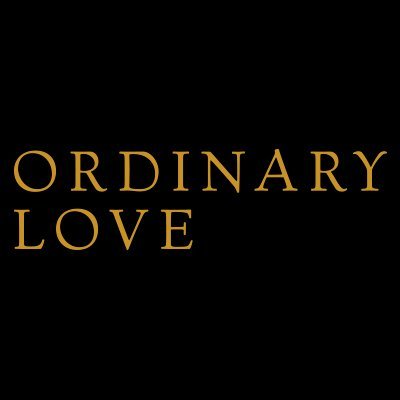 Oh, there's so much ego with men; in their head, they can't possibly think about Tesco's when they are doing Othello. Er, why not? They want to think that they are such geniuses they can't muddy their day with domesticity, and I've got no truck with it whatsoever.

I still sing, but completely for my own pleasure. I play a nightclub singer in 'Sparkle,' but I'd like to pursue it a bit more. I sang at a friend's 60th at Claridge's the other month; I did 'Baby It's Cold Outside' with the actor Hilton McRae, and 'Somewhere Over the Rainbow.'

I quite like that people tend not to know my name. I remember being at the Cannes film festival for 'All or Nothing.' I looked very different in the film - I had a little greasy bob and no makeup. I went to a dinner after the screening, and everyone completely ignored me. I got a real buzz out of that.

I, Lesley, I like looking nice. I like doing my hair and wearing makeup and wearing nice clothes. But I don't care what my characters look like.

I like to personalise my dressing room, have a cover for the bed and, if it is a long run, a few cushions and a teapot - a little pot for one.

A lot of the actors I knew threw in the towel when they became mothers. I couldn't do that financially, and I didn't want to - but I was knackered all the time.

It gets easier as you get older because life deals its particular hand, and our experiences get deeper, richer, more profound. When I gave birth to my son, something happened. It is a huge thing for a woman: a whole set of emotions you never had before arrives, and a love you never had before in your life is now on tap.

I had left school at 16, gone to stage school - and, until I was 22, I hadn't really played anyone but myself. Then in 1979, I made a film with Mike Leigh called 'Grownups,' which went out on the BBC, and overnight this new career opened up.

My mother always cooked, every day, proper food. We didn't have fast food. It was probably pretty much meat and two veg, but as time went on and new things came into the culture, she embraced all of that. I grew up with mealtimes and sitting around the table with proper cooking and eating.

In 1990, I was in 'The Three Sisters' at the Royal Court and won the Clarence Derwent award for my supporting role as Natasha - the prize was £100. I could have paid the gas bill, but I ended up buying a porcelain and silver Bavarian coffee set in an antiques shop in Penzance.

With learning lines, before I had Alfie, I'd put it off and think, 'Oh, I'll just have a glass of wine and then do it later,' but when you've finally got a child to bed and you know you've only got an hour, then you achieve so much.

I had two starts, really. The first was going to the Italia Conti stage school, aged 15. I'd gone to sing, but one day I found myself doing an improvisation and thought, 'Oh God, I quite like this acting thing.' The second start was meeting Mike Leigh when I was 22. He showed me I could play people that weren't like me.

The thing is, when you have a child with someone, like it or not, you're going to have to have a continuing relationship with them.

You've got to take responsibility for your own actions. We all know people who reach rock bottom. However much that they're told that what they're doing is harming their own life or whatever, you cannot make someone do it unless that person reaches the point where they know that they have to deal with it themselves.

In my work, I want to convince people that I'm that character. If they know everything about Lesley Manville - private life, all of that stuff - it doesn't help. So the kind of anonymity I enjoy is key.

A friend of mine rang the box office to collect a ticket I'd reserved for her, and the girl said, 'Who's Lesley Manville?'

I think that distributors and marketing companies realise that there are a huge number of women over 40 who want to go the cinema and see films about themselves. Women of my age don't want to be force-fed with stuff about 25-year-olds.

One of the significant things that's happened, which shouldn't be looked at as lightly as it might sound, is that women over 45, over 50, are now allowed to be sexy.

I was champion soprano of Sussex when I was 16!

The thing is this: I've got an amazing career in England that couldn't possibly get much better. I do the best theater around, I work at the National Theater, the Old Vic - which I'm sure you've heard of because it's the one Kevin Spacey runs - and I play the most amazing roles and work with the most amazing directors.

If I go away, I take a little picture of my son. It's in a frame with a speaker, and he recorded a birthday message for me when he was nine or 10. I can't listen to it without filling up.

For me, personality acting is not that interesting. I don't want to just be myself.

I completely think of myself as sexual. Completely and utterly. Probably more so than I did when I was 30. I don't know why. I'm very comfortable with how I look. I'm absolutely committed to never having anything done to my face. I would never let anyone near me with a Botox needle.

I have been devoted to my son, and there have been lots of jobs in the past that I haven't done because I didn't want to be away from him.

I'm quite chameleon in my work - not normally looking much like I do in real life.

I hate that thing that if you are over 45, and you're going to be on telly or make films, you have to do all this stupid stuff to your face. I would no more let someone stick a needle in my forehead than fly to the moon.

It's not just about young people - there are films being made that deal with women getting older. That's a huge bonus, and here in America, that's a huge step forward.

It would never occur to me not to look dreadful if that's the job description.

I got invited to what's called the Gifting Suite in Toronto. I had the day off, so I thought I'd go and see what's what. You come out laden with wonderful stuff. Apparently, if you go to the Oscars, you get given things like iPads. Not that I'm in it for the swag.

When I make films, I work with Mike Leigh, who's the most prolific director in England.

The more life you have, the more it's in your pores, the more able you are to be creative as an artist.

The more you've lived, the more you've experienced, you emotionally know a lot more, especially if you haven't had a regular, straightforward kind of life.

Stage is the ultimate test; I like watching established screen actors on stage to see if they can really do it. But it's great to have a healthy mixture of the two. Film is so technical: there's something very particular about the relationship between you and the camera. It took a long time for me to get good on film.

I'd love it if doors open for me in America. There are directors I'd love to work with there. I'll always do theater, but I've got to pay the mortgage.

I'm fascinated by food. Food is love, isn't it?

I've got two older sisters who I'm very close to. And my son's grown up with a big sense of family around him.

Corinne Bailey Rae I listen to a lot, and I'll hear Desert Island Discs and quickly write down the name of a song, and it will open up a new area of music for me. I discovered an Argentinian guitarist, Jose Luis Bieito, on Classic FM.

Hollywood... that's not going to be my niche at all. If anyone is going wants to work with me, I would think it's going to be independent films. I'm not 22!

I try to keep the more uninteresting stuff to a minimum, unless I'm really broke.

People say, 'I know you, don't I?' And they expect me to say I know them from their daughter's school or something - they can't place me. And I love that. Long may it last.

I'm a big fan of Edouard Vuillard, so I'd like anything by him - particularly a painting called 'Madame Hessel on the Sofa.' His work is realistic without being literal: I can really imagine what Madame Hessel is thinking.

I'm very lucky because I don't half get some juicy jobs. But I can't tell you the number I've turned down in the past 20 years because I wanted to be at home, looking after my son. There was never any question about that. Alfie and I are dead close. I can't bear it when he's away.

I had this exceptional classical music voice. If I'd followed a true path for my talent, I would have ended up being an opera singer.

For me, the times in my life when I've been single have been more formative and crucial than I could have imagined. I can cope, function and be happy on my own. I'm highly capable. That doesn't mean I don't like being with a partner, or that I don't feel more rounded when I'm with someone. But the times on my own have been so good.

I do absolutely want to be around as long as possible. I tell my son: 'You do realise, I am going to live to 100.'

I've reached a point in England where you can't go much further; I would love to come to America and work with some of the interesting directors here.

I love playing women at the far ends of the social scale. I've done it all my life; that's where my ability lies.

When I was eight, it was clear I was a very good singer.

For Kitty Gilbert in 'Topsy-Turvy,' I had to get to the point where I could improvise in the style of 1880, which is difficult. The research for that was huge.

Anyone who has to write an obituary for me one day will probably say, 'She did absolute depths of agony really well.' I'm not, however, an unhappy person.

There isn't a spare minute in the day. I have spent my life doing everything. I work. I go home. I do the shopping. I cook. Then there's the laundry and the dog. Most of my life, I have been a working mother. And even when I wasn't, I still did it all.