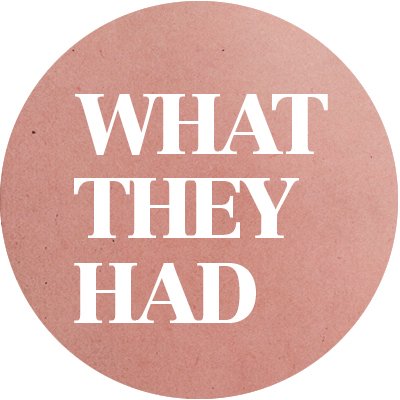 I don't give my advice unless it's asked for.

Singing and dancing will never grow old for me - I'd like to do that until I'm... actually, I think I'd like to drop dead onstage. I think that'd be just great.

Maybe subconsciously I've kept activism separate from acting because it's important to me in a more profound way.

I loved the first Christmas I had in England.

For a woman who's a widow and pretty much a loner, I can walk out, and I'm surrounded by NYU kids. The energy jumps off the sidewalks, and I never feel sad or bored.

My family was very musical. My brother is an opera singer; my parents both sang.

I've kept my sanity in this business by trying out for a role and then going home and trying to forget about it.

My earliest memories of Gwyneth first singing is in bed when we would make up songs. The most I could do was harmonize, like, a third above, and at two years old, she'd be doing sixths. I said, 'Where in the world did that come from?' She'd just make up songs.

Mostly, I spend my time being a mother to my two children, working in my organic garden, raising masses of sweet peas, being passionately involved in conservation, recycling and solar energy.

My husband was very special and very funny and outspoken, and he would have a black and blue every so often because under the table, I'd say, 'Don't say that!'

Acting is really only part of my life. I'm addicted to it.

Onstage or in films, you do affect peoples' lives, and sometimes that's very gratifying. But still, there's this little voice that says you should be doing something that matters.

I've always just adored music. It's my first love, really. I admire and respect people in the music business. You really have to work hard and diligently. Sometimes actors can be lazy and get away with it, but you can't do that if you're a musician.

Being a grandmother is probably the most important thing to me. I have two really rambunctious little ones, and I love spending time with them.

I don't read critics, and I don't care what they say. You can't let them steal your soul. You do what the director and production is committed to doing. I just think it's terrible that critics have the power to keep people away from a good production.

I feel that its our children who do give us hope because they are the ones who are going to save the world.

My feeling is that if there are that many billions of stars, maybe someone is saying exactly what I'm saying at this moment. I don't know. It's not something I'm obsessed by or think about all the time, but I certainly open to thinking it could be.

I try to avoid a specific image. I seek to play as many different women as I can to avoid having a label put on me.

I've always had a middling kind of a career, not great highs and great lows.

I think one of my very favorite films of all time was with Peter Sellers when he played Chauncey, the gardener. Being There.

I am always happiest in an ensemble.

Just look at my face. Its an extraordinary experience. All of my friends who are grandparents have been saying, just wait, a bit cynically, but its just extraordinary. You feel like a child again yourself. Just walking on air.

I've been very lucky. I wanted to be an actress, but I didn't really have the drive to sell myself. Fortunately I had a terrific agent in New York who kept me going from job to job.

I really do like being independent, and I don't want to have to rely on anyone else to cart me around if I break a bone.

I think I have a lot of crazy layers.

I really pulled back on my career when the kids were young and my husband and I made a pact never to work while the other one was.

That's what's so wonderful about being in this business because you're constantly surprised. You have to be up for anything.

I live in New York, and when you're older and widowed, it's a perfect place because you just don't feel lonely there, and, luckily, I like my own company, too.

My theory in anything you do is to keep exploring, keep digging deeper to find new stuff.

You learn more discipline in the theatre than you do in movies or TV. You're on stage every night and you have to sustain your energy level tor several hours.

I travel so much when I work, I've really been happy to do 'Nice Work' because I feel like a true New Yorker again. I have my little regimen during the day, and I can take advantage of the museums and the things that I love. And people watching!

I was raised in a time where children were still seen and not heard basically, so I think a lot of us in my generation went the other way and just tried to be as much more liberal and open and we're still paying for it.

Whether you're on TV or on the stage, you have to work hard to stay fresh, real, and full of energy. You can't settle back. You always have to stay on your toes.

I feel a little guilty only being an actor.

I loved doing Shakespeare. My two favorite roles, in fact, have been Viola in Twelfth Night and Helena in A Midsummer Night's Dream.

It was in high school that I first became interested in acting. We put on lots of plays.